Our mission is to empower young people to affect positive change in their communities. You can help build a better tomorrow. It starts right here. Right now.
Featured

Stand Up for What You Believe in. You want to do something about the problems facing your community and our…
Featured

We Believe in Youth and the People who Inspire Them…YOU! Roots & Shoots is a global movement of youth leading…

You have the power to build a better world today! Get started making a difference in the ways that matter most to you in your community.
Featured

Stand Up for What You Believe in. You want to do something about the problems facing your community and our…
Featured

You are transforming your community every day with your passion and incredible projects. As Dr. Jane has said, every individual…

We Believe in Youth and the People who Inspire Them…YOU! Roots & Shoots is a global movement of youth leading…
Featured

The Roots & Shoots Model focuses on best-practices in Service Learning to grow compassion and action in young changemakers. Together, we're growing a movement.
Featured

Your best you: Thoughtfulness, creativity, and compassion. From the playground to the boardroom, you hold the key to shaping the…
Featured

Get Inspired, Observe, Take Action and Celebrate: Easy as 1,2,3,4! Roots & Shoots is about making positive change happen for…

Anyone, anywhere can make a difference for people, other animals, and the planet we share. Get started by exploring and creating your own community project!
Featured

Looking for a way to take action right away? If you’re not quite ready or sure how to plan and…

Every individual makes a difference - and together we can change the world! Find a group near you or start your own to amplify your impact.
Featured

These questions can be used to facilitate a whole-group discussion or answered as a small-group activity. It may be helpful to use a world map or globe.

When I look back on my life it's almost as if there was a plan laid out for me - from the little girl who was so passionate about animals who longed to go to Africa and whose family couldn't afford to put her through college. Everyone laughed at my dreams. I was supposed to be a secretary in Bournemouth.

Get to know what Dr. Jane is up to right now!
Connect with Jane 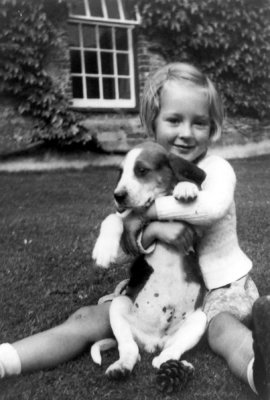 From a very young age, Dr. Jane loved animals and wanted to read every book she could about them. When Dr. Jane grew up, her love of animals grew and she knew she wanted to go to Africa to continue her learning. An opportunity to visit a family friend in Kenya arose, and she worked very hard as a waitress and a secretary to earn enough money to go on the trip.

There she met Dr. Louis Leakey, a famous paleontologist and anthropologist who studied human natural history. Dr. Leakey hired Dr. Jane and eventually decided that Dr. Jane should study chimpanzees in what is now Gombe National Park in the country of Tanzania.

As a woman, Dr. Jane couldn’t go study the chimpanzees by herself, so in 1960, Dr. Jane’s mother accompanied her on the trip. Each day, Dr. Jane hiked out to try to find the chimpanzees and observe their behavior. No one had studied them in the wild this way before. She documented many behaviors among the chimpanzees including eating, sleeping, and movement, as well as family relationships and social interactions. She also made notes about their emotions and personalities.

As a young scientist, the other scientists didn’t respect Dr. Jane’s work at first because she had given the chimpanzees names, and discussed their personalities which scientists at the time believed only human beings could have. Dr. Jane persisted, and eventually her point of view was accepted. Today, she is known as one of the most prominent women of science of the 20th century.

After spending nearly 30 years studying the chimpanzees in the field, Dr. Jane began traveling the world discussing chimpanzees with all kinds of audiences. During her travels, Dr. Jane soon began to realize that the number of chimpanzees around the world were quickly dwindling. She had to do something to protect them.

In 1977, Dr. Jane founded the Jane Goodall Institute to continue her research, and establish projects to partner with human communities in and around chimpanzee habitats to improve wellbeing for all. Through a people-centered approach to conservation, these communities join the Jane Goodall Institute in its mission to protect chimpanzees and secure a hopeful future for them.

Also during her travels, Dr. Jane met many young people who felt 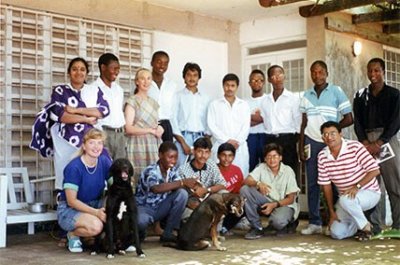 apathetic about their communities and felt that their futures had been stolen. Dr. Jane agreed, but she did not want to leave these young people with the belief that they couldn’t do anything to make the world a better place. And so, Dr. Jane started the global youth program, Jane Goodall’s Roots & Shoots. Today with Roots & Shoots in over 50 countries, hundreds of thousands of young people are developing skills to become compassionate leaders who are engaged in the world around them and develop the behaviors and attitudes to be good stewards of the environment.

Today, Dr. Jane continues to spread her message of hope, helping every individual understand that they can make a difference in their communities. 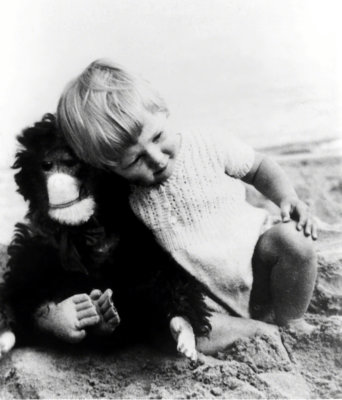 The Toolkits below are your official guide to creating a change-making community project based on the issues YOU care ab...

Join Jane for some virtual reading time every single week!

Learn More about Dr. Jane’s life with these books Me...Jane by Patrick McDonnellGradesGrades P-2, Ages 3-6I am Jan...

We are nurturing the compassionate leaders of tomorrow.

Get To Know Our Model